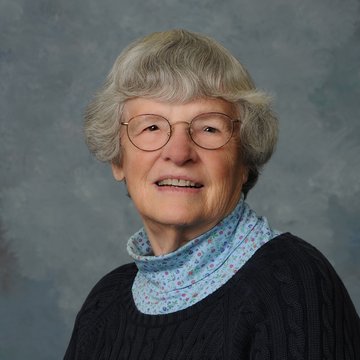 I grew up in a family that believed studying music was both a duty and a pleasure. After four years of the requisite piano lessons I started playing the violin in seventh grade. I still play the German violin that I started on; it came to me from my father’s sister. It wasn’t until my youngest child left for college that I worked seriously to learn to play the viola.

My happiest high school summers were spent at music camp being introduced to chamber music and having a chance to play orchestral music I’d only heard on the radio before.

When my children were young I helped run the Brunswick Regional Youth Orchestra for a number of years. Then when the time seemed right to try to start an adult orchestra in the Brunswick area, I felt I had some management skills that might be helpful. Never did the four of us who started the ball rolling dream the orchestra would become such a lively organization! I have played with the Midcoast Symphony since it began in 1990.

Besides teaching violin, I have been a pre-school and elementary school teacher over the years. I have worked on town planning and on the local land trust in Harpswell. I’ve especially enjoyed watching the development of public walking trails all over town. I’ve been singing in the local Congregational church choir forever, it seems.

One of my favorite memories of MSO is of Rohan's daughter coming to rehearsals with him when she was little, playing quietly at his feet, and then curling up in her sleeping bag nest until rehearsal was over. I am very happy the orchestra had the wonderful luck to find Rohan and I’m thrilled the community has enjoyed sharing music with us.

Note:  Louise, a founding member of the MSO, retired in 2019 after 30 years and died in March, 2020.  We're greatly indebted to Louise - the orchestra would not exist without her!