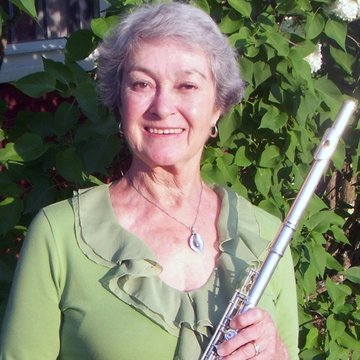 Linda Brunner is a founding member and principal flutist with the MSO.

She has also performed with the Portland Symphony Orchestra, the Maine State Ballet Orchestra, and the Bangor Symphony.  As a chamber musician, she has been a member of the Midcoast Woodwind Quintet, the Downeast Chamber players, and the Maine Friends of Music, a Baroque ensemble.

In 2007, she performed a four-concert tour in France and a five-concert tour in Ohio with the French/American Friends of Baroque Music.  She will return to perform in Paris again in 2016.

She has taught at the University of Maine in Orono. She directed the Hallowell Community Band for twenty years and and has directed several school and community ensembles.

One of the MSO's many unsung volunteers, Linda writes many of the personal thank-you notes to people who donate to the orchestra.  She is also an enthusiastic Red Sox fan, and loves skiing and sailing.