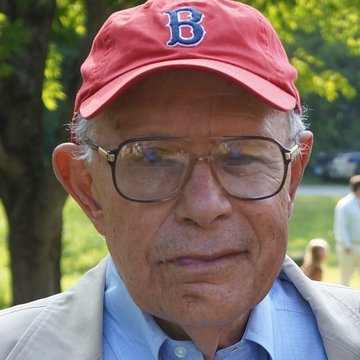 I was born and brought up in Greenwich Village, NYC, where I attended progressive schools - then to Antioch College, and to Northwestern University for a Ph.D. in American History.  A summer person in Maine since infancy, I moved to Brunswick year-round in 1963. There I taught US History at Bowdoin College until retiring in 2006. I also taught in Upward Bound for several summers at its very beginning in the ‘60s.

My scholarship began with upbringing in an FDR/liberal household, and investigating the history and present of that sort of liberalism.  I’ve written four books on reform in 20th century US - from Jane Addams and the Settlement House movement at the turn of the 20th century, to Bayard Rustin and the Civil Rights Movement. (Rustin, beside other things, was the organizer of the 1963 March on Washington. I was there.) I am very proud of having introduced Black History into a curriculum which had no course in any department that dealt with dark-skinned people before then.

I’ve also written comparative history on welfare states in Germany, Denmark, the UK and US. My approach is always to look for the assumptions, often unconscious, that people hold about individuals and society, assumptions which guide and limit their actions.

My wife, Sue, and I married as undergraduates. We have two children, three grandchildren and twin great-grandchildren. We've lived in several European countries, more in Denmark than anywhere else. We speak several European languages with various degrees of fluency.  I am an enthusiastic skier and sailor.

One of those people who took cello lessons as a child, I then played only casually for decades and took up the cello again more intensely, including lessons, a dozen or so years ago.  I am thrilled to be playing the MSO program, even though some of the music is very difficult.