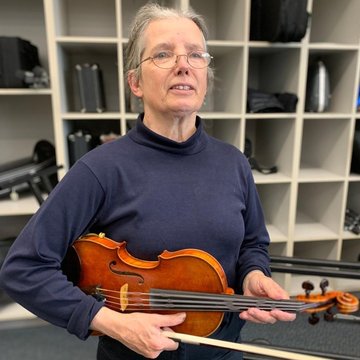 Moira (Tilly) Walden, a Mamaroneck, NY, native, learned to play the violin at a young age. Among her many teachers was Joyce Robbins. She has played in many orchestras, quartets and trios, including the Albert Einstein Symphony Orchestra led by Dr. Stephen Moshman, and the Bronx Opera Company led by Michael Spierman.

Moira has been a member of the MSO since 2003, when she moved to Boothbay with her husband, Fred. She is also an accomplished artist and avid gardener.