Because our concert season was cut short, we changed the Raffle plans for MSO's 30th Anniversary celebration. The deadline for the Artwork raffle was extended into April, and the Sailboat Cruise - originally a 2nd Raffle item - will now be included in an online auction.

All money raised from these activities will go to the orchestra's operational fund -- to help us offer affordable concert tickets for all, and free tickets for young people.

This stunning piece of art was created and donated by Jon Luoma, an Alna-based artist and violist. Jon is one of the orchestra's earliest members!

He created the dramatic paper collage for an orchestra poster in January 2015, when the program included "Grand Canyon Suite" by Ferde Grofé. It features cut-paper depictions of desert flora and a solitary hawk, with the brilliant colors of the Grand Canyon in Arizona. The piece is roughly 14” x 19” including mat and frame: 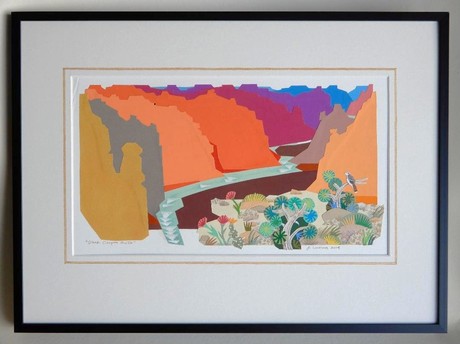 The winning ticket was pulled on April 26th, 2020. The winner was Nancy Struve, a member of the orchestra who purchased 5 of the 70 tickets that were sold. Congratulations, Nancy, and thank you to everyone who participated in this anniversary fund raiser!

This offering is a 2-hour guided sail along Maine’s scenic coast with lunch, donated by another of MSO’s original members, flutist Linda Brunner. It would be a perfect gift for a few friends or family members! 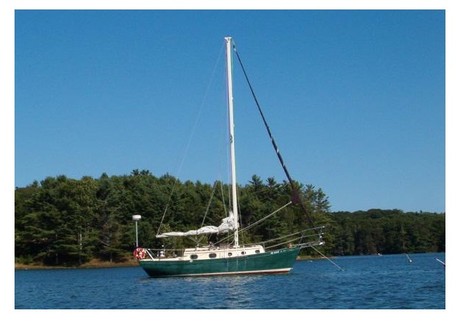 Originally planned as a 2nd raffle, it will now be included in an online auction to be held later this year.  Stay tuned!