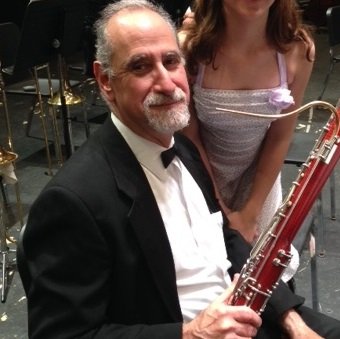 David Joseph joined the Midcoast Symphony Orchestra after a 20-year hiatus from music. He attended the Juilliard School as a student of Harold Goltzer of the NY Philharmonic and earned his Master of Music degree from Yale University as a student of Arthur Weisberg.

He has performed with orchestras around the world, including the Israel Chamber Orchestra and Israel Sinfonietta where he appeared frequently as a soloist, the Los Angeles Philharmonic, New Jersey Symphony, New Haven Symphony, and Long Island Philharmonic. He has performed at leading music festivals, including Interlochen, Tanglewood, Music Academy of the West, LA Philharmonic Institute, and Norfolk Chamber Music Festival. Conductors he has worked with are Leonard Bernstein, Seiji Ozawa, Ricardo Muti, and Sir Colin Davis.

Joseph serves as the Chairman/Co-Founder of DAVO Technologies, a tech start-up located in Portland.